In my recent course on transportation and distribution systems for undergraduate business students I used a week talking about vehicle routing problems (VRP). Since their math skills aren’t that high the focus was not on algorithms instead I tried to talk about the general structure of the problem. Here the site logvrp.com is very good and provide a way of making a realistic problem case.

Logvrp is a web based vehicle route planner software cable of minimize transportation costs and to minimize fleet mileages. It uses Google maps to display routes and trips. Moreover, it supports many different VRP problems. Current two heuristics are implemented and can be run simultaneously on a problem instance. This is a good thing since the students can see that the heuristics behave differently on the same instance and that there is no general winner.

I created an exercise about a small-sized company located in Aarhus which sell organic fruits and vegetables to companies and private persons. The procedure to create the data to be used at logvrp was as follows: first I created sets of customers using the logvrp site. Each customer group was saved as csv files and modified using R. Next, a sets of orders was generated randomly using R and saved as csv files. The students was now able to answer the different questions using the csv files provided. 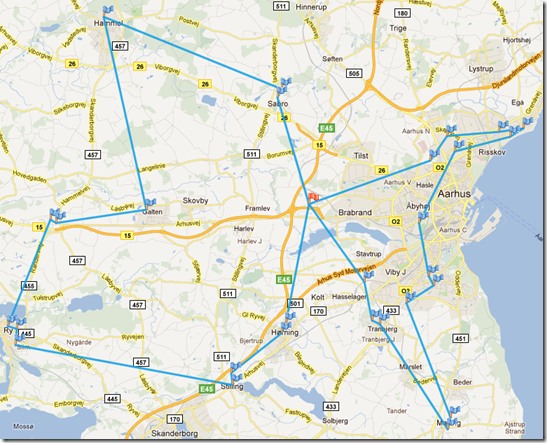 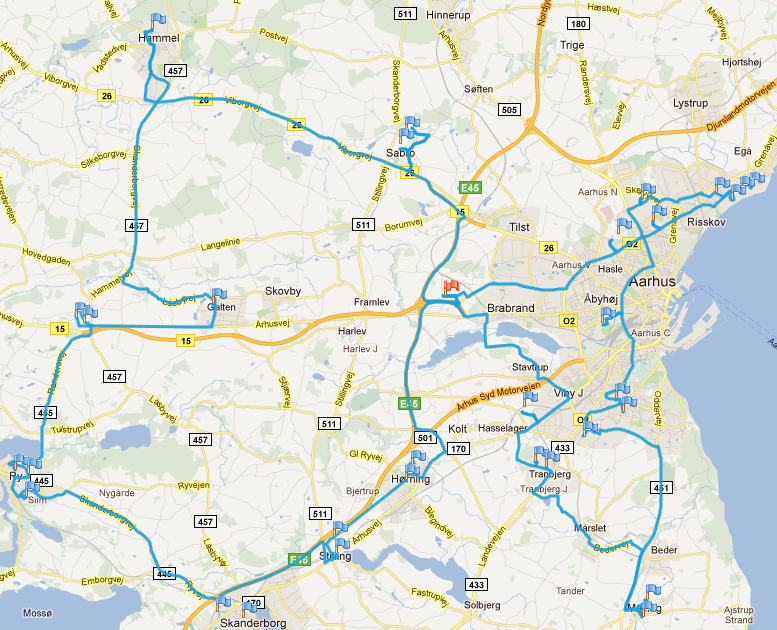 After the Faculty of Agricultural Sciences joined University of Aarhus there have been much activity developing our new bachelor and master degrees. […]

During the this semester I am teaching the course “Markov decision theory” at the Department of Mathematics. The course presents the algorithmic aspects of […]

During the past months I have been participating in a course about supervision. The course, which runs over several days, covers master, […]